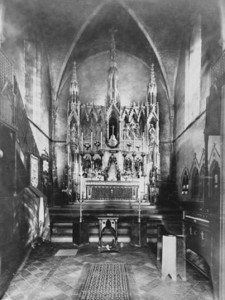 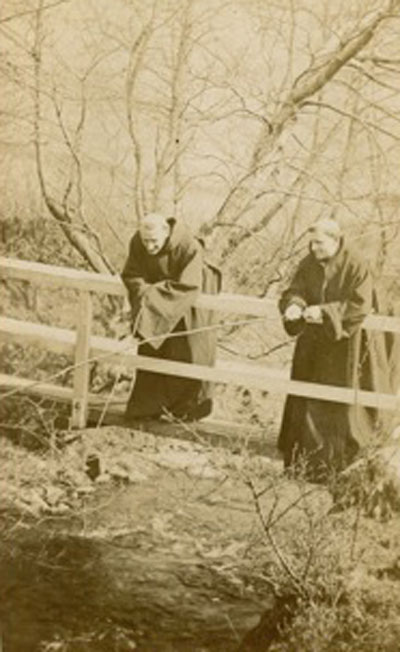 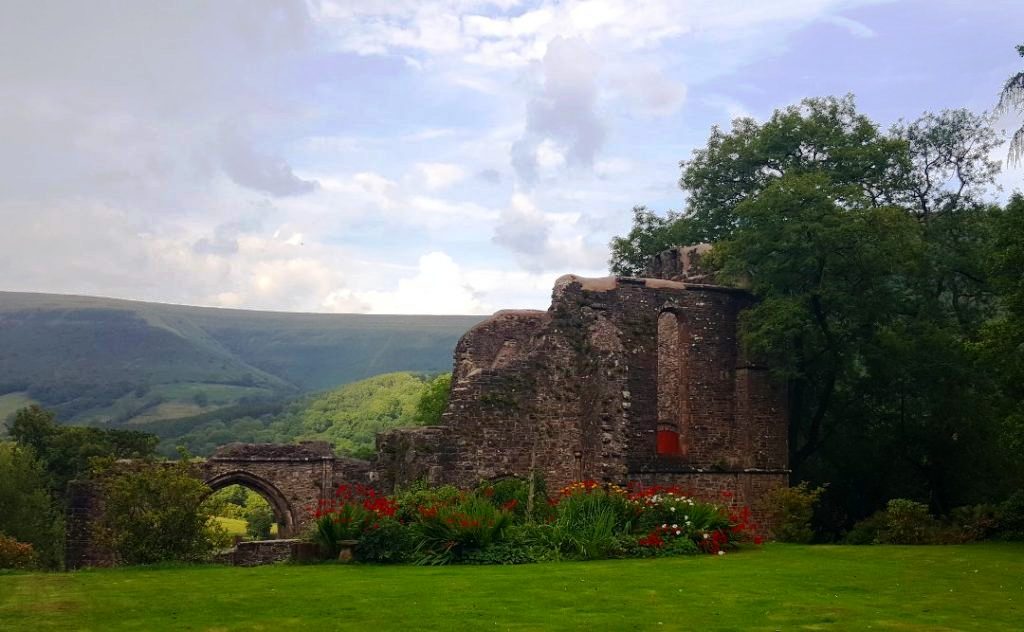 Fr Ignatius’ lasting memorial is ‘New Llanthony Abbey’ at Capel-y-ffin.  After various temporary homes elsewhere – notably in Norwich, where its never-occupied redbrick Gothic chapel survives as part of the local College of Art – he brought his fledgling community to this remote hamlet in 1870.  The impressions of a not unsympathetic outsider are given in Francis Kilvert’s Diary entries for 5th April and 2nd September of that year, and convey something of both the distinctive Llanthony ethos and the character of its founder.

Ignatius had originally hoped to acquire the remains of the mediaeval Augustinian house at ‘old’ Llanthony three miles down the valley, and architect Charles Buckeridge was instructed to design a replica of its 212-foot-long priory church.  Of this only the choir was built, together with living quarters which would if completed have been rather more than double their present size.  These would have included a permanent convent for the associated community of enclosed nuns; from 1881 its members – never more than four or five – occupied a temporary single-storey building on what is now a level lawn alongside the ruined monastic choir.

The monastic household also included a few boys, usually from poor or broken homes.  In return for board, lodging and occasional lessons they assisted as singers and servers with the ornate and elaborate services in the Abbey Church.

Note: For Llanthony Priory see: http://www.castlewales.com/llantho.html.  The name Llanthony (accent on the second syllable, with a long ‘o’) is a corruption of ‘Llanddewi-nant-Hodni’, or ‘church of St David by the stream of the Honddu’, a reminder of the tradition that St David once lived in the vicinity as a hermit.

Fr Ignatius died on 16 October 1908, and was buried beneath the floor of his uncompleted abbey church. After struggling for a year or two to keep the Monastery going, the handful of surviving monks submitted to Abbot Aelred Carlyle of Caldey, whose community was younger and more vigorous, as well as less isolated from the Anglo-Catholic mainstream.

In March 1913 most of the Caldey community were received into the Roman Catholic Church. Both before and after this event the buildings at Capel-y-ffin (including nearby ‘Plas Genevieve’, built on Monastery land by one of Ignatius’s admirers) were occupied on and off by Caldey monks and others. Between 1924 and 1928 the Monastery was home to the sculptor and type-designer Eric Gill, together with his family and other like-minded Catholic artists and craftsmen. Among these was the poet and painter David Jones, many of whose best-known pictures date from this period. The abbey church – markedly less well built than the monks’ living quarters – had by this time fallen into terminal disrepair, and a simple but adequate chapel was created in the former north cloister. This served as an occasional Mass centre for local Roman Catholics until the mid 1980s, when Gill’s descendants sold the property to its present owners. 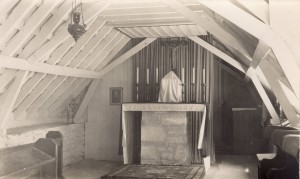 For many years Eric Gill’s daughter Betty operated the Monastery as a guesthouse. Later, Betty’s daughter Helen and her husband Wilfred Davies lived there with their five children, converting part of the building into holiday apartments. Now owned by the Knill family, the Monastery continues to attract visitors throughout the year: see http://www.capelmonastery.co.uk/ 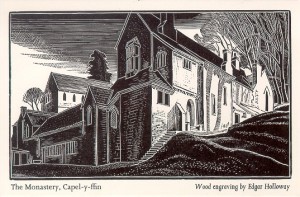